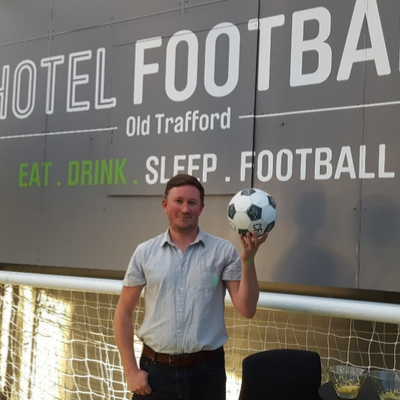 It’s no surprise to my colleagues that I’m an avid fan of Manchester – and we’re not talking United! In my humble (1/3rd Northern) opinion, Manchester is easily the U.K’s second city (and the sheer amount of cranes in the sky are testament to this!). Plus Faye Ripley said so in Cold Feet, so it’s a fact!

Manchester is world famous for some many things (music, boy bands, 24-hour party people, the football league, vegetarianism, splitting the atom, the Industrial Revolution, Corrie, the computer, fashion, Rolls-Royce, M&S and so on) but what really makes the city unique to me are the people: Mancunians embrace you with effortless charm and humour, displaying a complete lack of pretence and a friendliness that some Southerners may find disconcerting.

I moved to Manchester (or Madchester as it was called back then) in the late 90’s and lived there on/off for a decade, so I still consider the city my second home – hence my jokey office title as ‘Manchester Expert’. Back then, I couldn’t believe the sheer amount of bars and restaurants, and the ability to go clubbing all night long and then go straight to work.

But let’s talk events! Manchester is ranked as a leading conference destination for planners and delegates alike, and is crammed with contemporary and historic venues, from waterside museums to monasteries, futuristic skyscrapers to Victorian splendour.

I was recently hosted by Hotel Football (and their portfolio of city-based venues managed by Ryan Giggs and the Gary Neville) and spent a hot summer’s evening in Heaven (the top-floor mock football pitch with a retractable roof). This space can be used for any time of event – drinks receptions, seated dinners, team-building or in my case, crazy golf! Resisting the urge to whack a ball over the top of Man Utd (which is mere yards away), we all enjoyed a bowl food supper whilst watching the sun set over the River Irwell, Media City and the glimmering skyline of the city centre. The hotel has some great function rooms for up to 350 theatres style, all with full-length windows overlooking the Quays or the stadium – one has its own Player’s Kitchen for fun refreshment breaks!

The following day, we were treated to a sneaky peak of the upcoming 5-star Stock Exchange Hotel located in the City Centre. We donned hard hats to explore several floors of bedrooms, function rooms and a majestic domed restaurant – all currently under construction or restoration. Due to open early 2019, this venue is going to look superb, and an unnamed celebrity singer has already pre-booked the Suite for its luxury steam shower!

A treasure hunt around the city centre then led us to 2 more venues in the GG Hospitality collection – the historic Manchester Cathedral (a stunning backdrop for private dinners up to 940 people) and the futuristic Football Museum, which has several open plan floors for drinks receptions and roadshows, all linked by a funicular! On the top floor of the museum, is the Rabbit in the Moon restaurant with a ‘Space Age Asian’ theme, slightly bonkers décor and panoramic views over the city.

Every time I return to the city, I am staggered by the amount of new and innovative venues popping up, as Manchester continues to constantly reinvent itself. Next up, I’m excited to visit the new 20 Stories with its glamourous restaurant and 360-degree views across to the Peak District.

This is definitely one city where I’m Mad fer it!